PITTSBURGH- After a lengthy Title III wiretap investigation into drug trafficking and violence in Pittsburgh’s West End neighborhoods and other communities in the Greater Pittsburgh area, 28 people, all residents of Western Pennsylvania, were indicted by a federal grand jury in Pittsburgh on charges of violating federal narcotics and firearms laws.

U.S. Attorney Brady stated, “Reducing violent crime and making our communities safe for law-abiding citizens is a top priority of the U.S. Attorney’s Office. Working with our federal, state and local partners and using every tool at our disposal, we will prosecute gangs like the Greenway Boy Killas, which terrorize our neighborhoods and put innocent people in danger, to the fullest extent of the law.”

“The FBI works closely with our law enforcement partners to make sure those bringing violence to our streets are held accountable,” said Special Agent in Charge Bob Jones. “We want to make this clear to other gangs operating in our communities. We are coming for you, and the violence won’t be tolerated.”

The law provides for a maximum total sentence of not less than 10 years and up to life in prison, a fine of $10,000,000, or both. Under the Federal Sentencing Guidelines, the actual sentence imposed would be based upon the seriousness of the offenses and the prior criminal history, if any, of the defendant.

Assistant United States Attorneys Rachael Dizard and Tonya Sulia Goodman are prosecuting these cases on behalf of the government.

The investigation was funded by the federal Organized Crime Drug Enforcement Task Force Program (OCDETF). The OCDETF program supplies critical federal funding and coordination that allows federal and state agencies to work together to successfully identify, investigate, and prosecute major interstate and international drug trafficking organizations and other criminal enterprises.

An indictment is an accusation. A defendant is presumed innocent unless and until proven guilty. 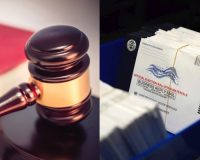