CBP Officers at the Laredo Port of Entry Seize More Than $1.4 Million in Liquid Methamphetamine

LAREDO, Texas—U.S. Customs and Border Protection, Office of Field Operations (OFO) CBP officers at the Laredo Port of Entry seized a significant amount of alleged liquid methamphetamine with an estimated street value of more than $1.4 million in one enforcement action.

“Our CBP officers’ knowledge of concealment methods and the technology they utilize on a daily basis played a key role in the discovery of these hard narcotics,” said Acting Port Director Eugene Crawford, Laredo Port of Entry.  “I commend our CBP officers for their hard work and attention to detail.” 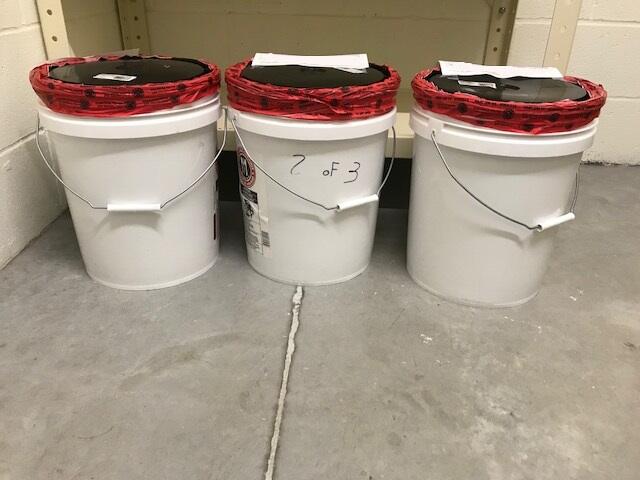 These barrels contain $1.4 million in liquid
methamphetamine seized by CBP officers at
Laredo Port of Entry.

The seizure occurred on Sunday, July 29, at the Juarez-Lincoln International Bridge when a CBP officer referred 2001 Chevrolet 1500 pickup truck for a secondary inspection.  A non-intrusive imaging system and canine inspection by CBP officers resulted in the discovery of 104 pounds of alleged liquid methamphetamine hidden within the vehicle.

On Monday, July 30, close to midnight, agents observed five subjects loading a vehicle with narcotics near the Rio Grande. Shortly after, the vehicle departed the area at a high rate of speed.

As agents responded, the driver returned to the river and abandoned the vehicle. Agents saw the driver swim to Mexico along with five other subjects.

Inside the vehicle, agents found 591 pounds of marijuana worth an estimated value of $473,552.