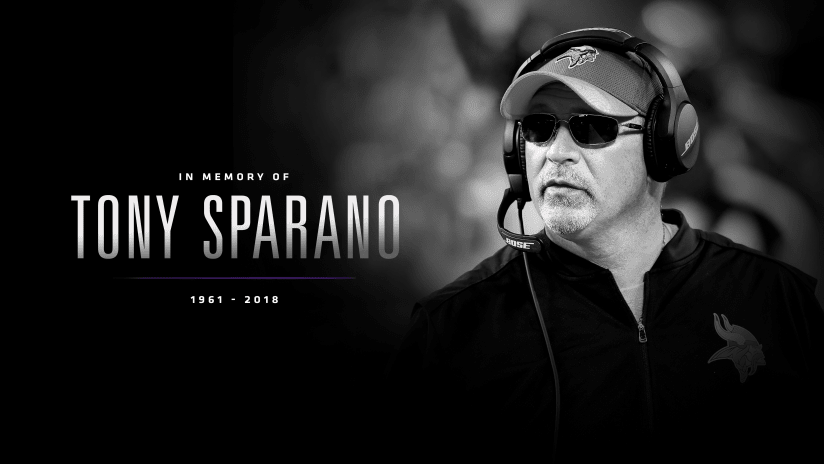 The Minnesota Vikings announced Sunday that Sparano had “unexpectedly” passed away earlier that morning. Sparano was entering his third season as the Vikings’ offensive line coach, Fox News reports.

“Our hearts go out to Jeanette and the entire Sparano family as we all mourn the loss of Tony. Tony was a passionate and driven individual who cared deeply about his family, and especially enjoyed spending time with his grandchildren. Tony’s presence within the Vikings organization will be deeply missed. We are only thinking of Tony’s family during this incredibly difficult time. We ask that the entire NFL and Vikings family keep the Sparanos in their thoughts.” – Vikings Owners Mark and Zygi Wilf

Sparano began his NFL coaching career in 1999 with stints as a head coach with the Miami Dolphins and Oakland Raiders. Tony served as the Vikings offensive line coach since 2016. Tony played collegiately at the University of New Haven where he was a four-year letterman. Sparano was named New Haven’s head coach in 1994 and held the position for five seasons.

Tony is survived by his wife, Jeanette, his two sons; Tony and Andrew, his daughter, Ryan Leigh, and four grandchildren. Sparano was born October 7, 1961. He was 56 years old.

The Sparano family requests privacy at this time. The Vikings will provide further updates when appropriate.”

Vikings head coach Mike Zimmer said Sparano was “a great teacher, a grinder of a worker and had a toughness and fighting spirit that showed in our linemen … This is just sinking in for us but Tony will be sorely missed by all.”

A Connecticut native, Sparano began his NFL coaching career with the reborn Cleveland Browns in 1999. He became head coach of the Dolphins prior to the 2008 season and led the team to an 11-5 record and the AFC East title in his first season. After a pair of 7-9 seasons, Sparano was fired 13 games into the 2011 campaign, with the team sitting at 4-9.

I am in disbelief – condolences to his wife Jeanette and three children. https://t.co/h6XczHiAuT

Sparano is survived by his wife, two sons, a daughter and four grandchildren.

Our deepest condolences go out to the family, friends and team mates.