Sean Higgins, an Air Force veteran from Memphis, is leading the upcoming march, the Tennessean reported. Higgins told the paper that many constituents of Democratic U.S. Rep. Steve Cohen are “pissed as hell” after Cohen said Strzok deserved the military award.

“How do you compare someone getting wounded in combat to someone getting in trouble for message he sent? How can Cohen claim (Strzok) get a Purple Heart for that?” Higgins said.

Higgins has been reporting problems since he started at the VA in 2007. Higgins has previously tried working with Cohen for many years in attempts to improve the VA hospital’s conditions before publicly blowing the whistle.

WREG has reported on the problems that have in some cases gotten national attention, including the VA providing unsafe working conditions.

“I was exposed to 23 orphan and unknown chemicals, to which the agency refused to annotate my health care rights to show what I was actually exposed to,” Higgins told WREG in 2014.

The Purple Heart is awarded to members of the armed forces of the U.S. who are wounded by an instrument of war in the hands of the enemy and posthumously to the next of kin in the name of those who are killed in action or die of wounds received in action. 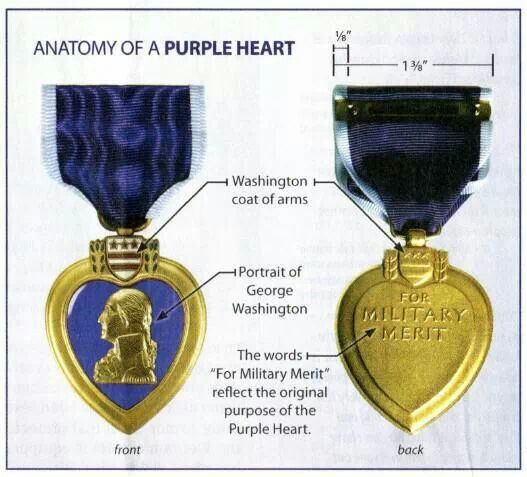 “It is disrespectful to those alive who wear the Purple Heart but especially to families who lost loved ones to who fought for this country.”

The march, which is also in protest of the VA hospital’s treatment of veterans, has not been given a date.

Just another example of a democrat that does not respect the military, the sacrifices and the blood that has been shed for this nation.