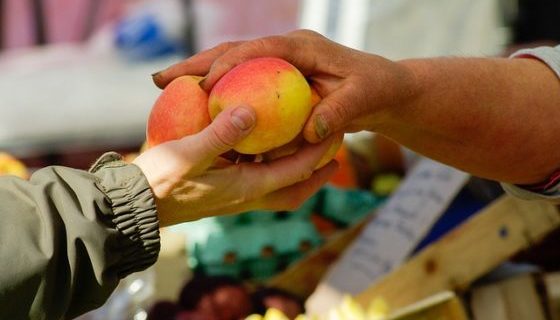 In the wake of socialist Venezuela’s massive hyperinflation, citizens have returned to the original monetary system in order to survive.  The barter system is now prevalent in the collapsed economy of the authoritarian dictator, Nicolas Maduro.

Barter is one of the best ways to trade goods, considering its almost impossible to tax those transactions and since money in Venezuela is as difficult to come by as food and medicine, that’s now the preferred method of trading goods and services. Women in Venezuela have been turning to prostitution and asking for payment in food instead of cash for a while now, and as the regime tightens its grip on the private sector, more will have to turn to trade to survive.

Once the richest country of Latin America, Venezuela, which sits on world’s largest oil reserves, now has a bleak future. People in this oil-rich country are scrambling for money, food and basic necessities. They have taken to swapping different items and even doing chores in exchange for packages of flour, rice, and cooking oil.

“There is no cash here, only barter,” said Mileidy Lovera, who is a 30-year-old mother of four. Lovera spoke with Economic Times while hoping to trade a cooler of fish that her husband had caught for food to feed her children or medicine for her son who has epilepsy.

Venezuela has experienced the death of cash. Payment for even the cheapest of goods and services would require unwieldy piles of banknotes or fiat currency, and there simply are not enough of those in circulation.  While wealthy formal businesses in cities can get by on bank transfers and debit cards, such operations are largely out of the question in rural areas.

The economic collapse, which began under socialist President Nicolas Maduro’s government, has driven nearly one million people to migrate to other places in search of food, medicine, or other basic life necessities. Others have stayed and fight each other with machetes for some “quality garbage” that is thrown out.

Economists have even begun placing the blame on the current government – a socialist regime which actually leans more towards communism (and the two are almost the same thing anyway). Many economists say the central bank has not printed bills fast enough to keep up with inflation, which according to the opposition-run congress, reached an annual rate of almost 25,000 percent in May.  “It’s a very primitive payment system but it’s also very primitive for a country not to have enough cash available,” said Luis Vicente Leon, an economist.