One of the three men wanted for the alleged rape and kidnapping of two teen girls in Ohio has been arrested as a manhunt, which now includes U.S. Immigration and Customs Enforcement (ICE), continues for the two other suspects.

David Ramos Contreras, 27, of Mexico, was taken into custody Thursday by the U.S. Marshals Service in Lubbock, Texas, Fox 8 reported. He was reportedly found hiding under a bed, although the exact location wasn’t immediately clear, Fox News reports.

Police charged Arnulfo Ramos and Juan Garcia Rios Adiel with rape and kidnapping on July 2, but their whereabouts are still unknown. The Northern Ohio Violent Fugitive Task Force and Bowling Green Police are seeking assistance from the public in locating these two suspects. Ramos previously lived in Texas while Adiel lived in Florida.

Anyone with information regarding the whereabouts of these fugitives is encouraged to contact the U.S. Marshals Northern Ohio Violent Fugitive Task Force at:  1-866-4-WANTED or text keyword WANTED and the tip to TIP411 (847411).  FOX 8 Cleveland

Contreras, who was reportedly deported from the U.S. in October 2017, will be extradited back to Ohio to face charges.

Contreras, along with Arnulfo Ramos and Juan Garcias Rios Adiel, 19, were sought by Bowling Green Police after two sisters — ages 13 and 14 — reported on June 28 that the trio, along with a fourth suspect, Simon Juan Thomas, kidnapped and raped them. 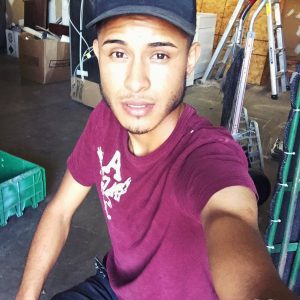 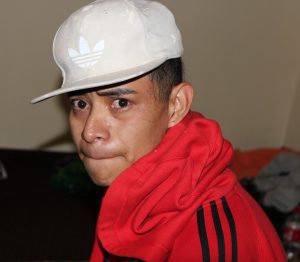 According to the U.S. Marshals, Contreras was deported back in October 2017. When he re-entered into the U.S. has not yet been confirmed.

U.S. Marshal for the Northern District of Ohio Pete Elliott stated, “The diligent and dedicated work of our fugitive task force, along with the U.S. Marshals in Lubbock, and our local partners enabled this arrest to happen quickly and safely. We know the hard work will continue until the other two suspects are apprehended. Our thoughts are with the victims of these heinous crimes.” WTOL

According to Chanel 11 News, the illegal aliens names they have, may not be their actual names, so they urge people to look at their pictures to aid in their capture.