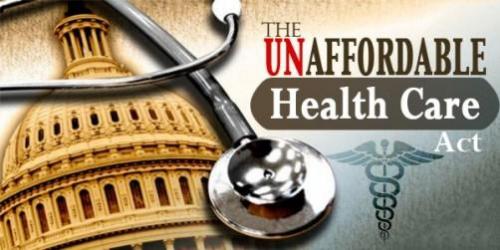 Washington state and New York released projections Monday that revealed insurers in their individual markets are seeking to raise premiums dramatically. As Obamacare premiums continue to skyrocket, insurance companies are blaming president Donald Trump for the price hike citing the removal of the individual mandate.

“There’s still a great deal of uncertainty in individual markets across the country, fueled by the Trump administration’s efforts to undermine the Affordable Care Act,” Washington insurance commissioner Mike Kreidler said in a statement. “Instead of getting behind solutions that shore up these markets, the administration seems solely focused on undermining our health insurance system and the individuals and families who need to buy their coverage in the individual market.”

Well, that’s not exactly what removing the individual mandate did.  Let’s call a spade a spade, shall we?  The individual mandate was a government dictate demanding that all Americans purchase health insurance that was “the right kind” of insurance as determined by the government.  So because people are no longer forced to purchase their product at gunpoint or under threats of extortion, the insurance companies are throwing a fit and punishing those who still buy their product.

Supporters of the individual mandate’s repeal cite the drastic increase in premiums that hit prior to repeal in making the case that the system was inefficient long before the Trump administration introduced greater uncertainty. Previously, according to insurers, the premiums were reflective of the excruciatingly high cost associated with listing products on the Obamacare exchanges (complying with government edicts), which drove some companies to pull out of certain states, leaving consumers in those states with one option, or, in some cases, no options.

Back in March, a study declared that Obamacare’s premiums could rise by about 90% in some areas.

Residents of Maryland and Virginia face double-digit percentage increases in premiums for individual Obamacare plans in 2019, according to rate requests made by insurers.

The largest hikes are being sought by CareFirst, which is seeking a 64% increase in Virginia, and a whopping 91% increase in Maryland for its PPO. Other insurers are following suit in the two states, with Kaiser requesting hikes of 32% and 37% respectively, followed by CareFirst’s HMO offering. –Zero Hedge