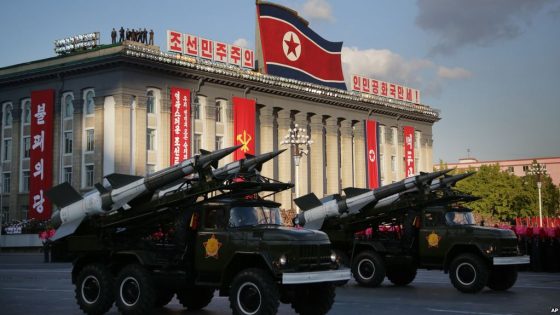 Could peace with tyrannical North Korea really be happening? It seems like it could be, as North Korea has canceled its annual “anti-America” rally for the first time in several years.

According to American Military News, the rally served as one of North Korea’s most symbolic and political events, held annually on July 27 in remembrance of the start of the Korean War. North Korea historically celebrated the day as a national holiday called “Victory in the Fatherland Liberation War.”  The rally included events focused on the Korean War, complete with nationalist fervor and anti-U.S. postage stamps.

Last year’s event included a reported 100,000 attendees in Kim Il Sung Square, according to the Associated Press.  Officials had no on-the-record comment on the decision not to hold the event this year. But Associated Press staff in the North Korean capital confirmed Monday that it would not be held.

North Korea has also noticeably toned down its anti-American rhetoric over the past several months to create a more conciliatory atmosphere. In the wake of meetings with President Donald Trump, it seems like peace is possible with the Communist regime, at least for the time being.  The cancellation of the rally looks to be, on the surface anyway, a solid and major attempt to avoid souring and reduce the tensions which will help increase dialogue.

But horrifyingly, more than 70% of leftist in America don’t actually want peace with North Korea.

Video: 71% of audience for @MichelleIsaWolf’s @Netflix show @TheBreakNetflix says yes to “hoping we don’t get peace with North Korea so you wouldn’t have to give Trump credit.” #TTT pic.twitter.com/z4S7Y4WgQq

But for those who actually are anti-war and don’t think it’s necessary to send nukes flying just to make one man look bad, this rally’s cancellation could be the start of a peaceful and diplomatic relationship with North Korea.

North Korea plans to skip one of the most symbolic and politically charged events of its calendar: the annual "anti-U.S. imperialism" rally marking the start of the Korean War https://t.co/DS6R4Q9p2y pic.twitter.com/cmF4CoNEMD

While North Korea has cut back on its criticism of the current U.S. administration, the tyrannical regime has also stepped up its attacks on “capitalist values” in general.According to the Associated Press, this is an oblique warning that its diplomatic outreach to the world should not be taken to mean it’s ready to throw away its socialist ideals anytime soon.