Make no mistake about it- TEXAS ARE NO FANS OF LIBERALS-PERIOD.

Billboards are popping up all over Texas SLAMMING libs telling them they aren’t wanted.

One such billboard that was spotted was the I-40.

This billboard will send the lib/commies running to their safe spaces and cry rooms.  The billboard tells liberals to continue driving on I-40 until they have left the “great state of Texas.”

“Liberals,” the billboard reads. “Please continue on I-40 until you have left our GREAT STATE OF TEXAS.”

Mac Slavo at SHTFplan.com reports that a photo of the sign was posted to Facebook by Kyle Mccallie, of Fritch, Texas. He wrote the billboard was six miles east of Vega, a city roughly 35 miles west of Amarillo, on the eastbound side of the highway. Mccallie’s post, which was uploaded earlier Tuesday, now has over 18,000 shares as of Wednesday night.

According to USA Today, the photo of the billboard shows a logo for “Burkett” below the content of the sign. A spokesperson for Burkett Media of Austin, Texas said that company is unaffiliated with the content on the billboard.

It’s actually pretty odd to see anti-liberal messages around.  Most often, we are bombarded with leftist propaganda and authoritarian brainwashing to accept a wholly tyrannical state.

Mccallie said he is supportive of the sign’s message which asks liberals to leave Texas. He said he doesn’t know who’s behind the billboard, which he said is located about an hour’s drive from his hometown.  However, not everyone agrees that the message is humorous or in good taste.  On social media, many have reacted negatively to the sign’s message. Mccallie said he has received numerous messages critical of both himself and the billboard, many of which have been overly obscene.

According to ABC7 Amarillo, the billboard’s image has now gone viral. This billboard’s viral status comes just after another sign popped up in Maryland gobbled up attention in May. The billboard stated, “hey liberals, better get your guns if you try to impeach President Trump.” 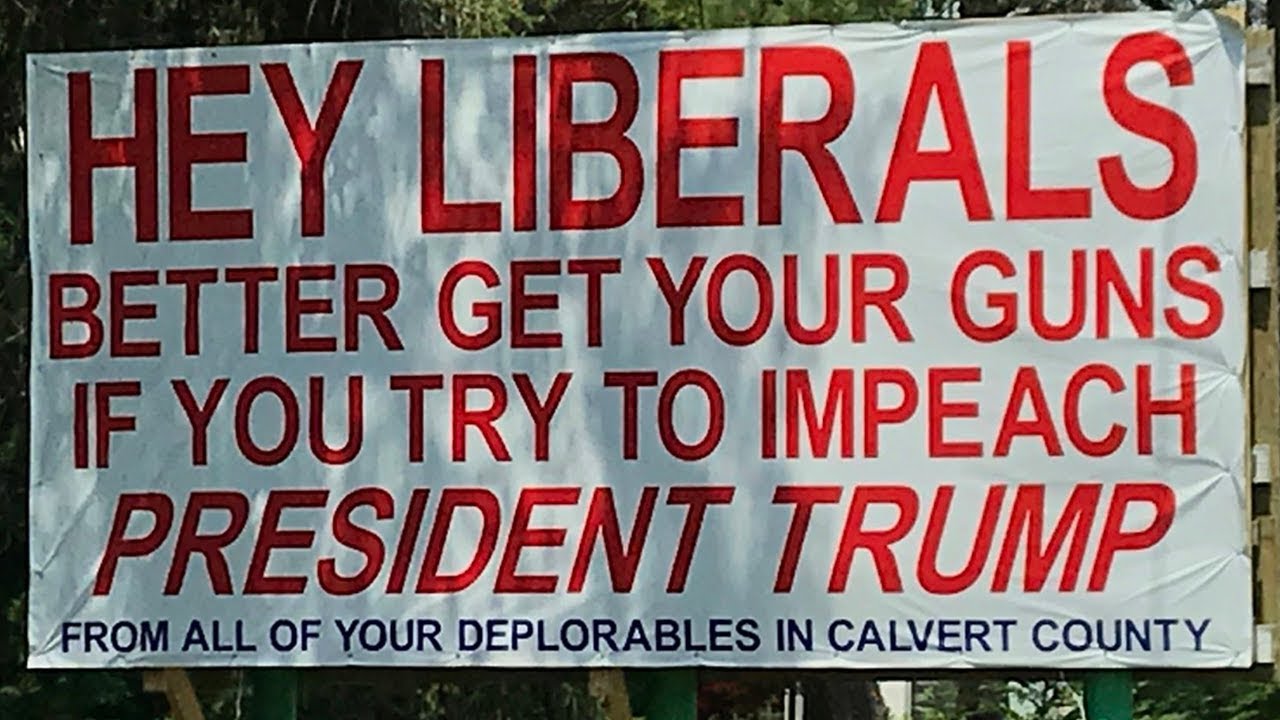 There are probably a lot of full safe spaces right now because of these signs.