WOODSTOCK, N.H. – U.S. Border Patrol agents assigned to the Swanton Sector had a busy few days May 27 – May 29, including arresting 17 illegal aliens and seizing various narcotics and drug paraphernalia.  The sector established the immigration checkpoint on Interstate 93 near Woodstock, New Hampshire.

“Checkpoint operations are a critical enforcement tool for the enforcement of our immigration laws and are a part of our defense in depth strategy,” said Swanton Sector Acting Chief Patrol Agent Robert Garcia, “In addition to technology, manpower and intelligence, checkpoints help to deny access to major routes of egress away from the border and into our communities in the interior of the U.S.”

During the 3-day operation, which ran from Sunday, May 27, 2018 until Tuesday, May 29, 2018 at noon, Swanton Sector agents encountered and arrested 17 people who did not have legal immigration status, six of whom were visa overstays.  Agents arrested illegal aliens from Brazil, Columbia, El Salvador, Guatemala, Indonesia, Korea, Mexico, Montenegro, Ukraine and Uzbekistan and all subjects were turned over to ICE Enforcement Removal Operations.

In addition to the immigration violations, agents seized drugs and drug paraphernalia including a small amount of marijuana, hash oil and THC vape oil.

Trending: Court Implicates HRC In Plot To Sabotage Trump Campaign, Rules That It Was Her Campaign Who Paid For Steele’s Sham Dossier…

The Swanton Sector is responsible for securing the land border between ports of entry in Vermont, New Hampshire and northeastern New York. The assistance of citizens is invaluable to the U.S. Border Patrol’s security mission and they welcome community members to help them keep our nation’s borders safe and report suspicious activity at 1-800-689-3362.

For more on Customs and Border Protection’s mission at our nation’s ports of entry with CBP officers and along U.S. borders with Border Patrol agents, please visit the Border Security section of the CBP website. 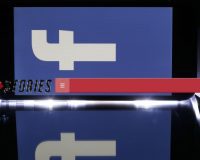 Facebook Calls The Truth ‘Fake News’ & Joins Hands With Veterans Of The Least Trusted Name In News To Do It
August 8th, 2020 Sons of Liberty Media

TIME’S UP! We’ve reached the “tipping point into a collapse spiral” that cannot be halted
August 8th, 2020 DC Dirty Laundry