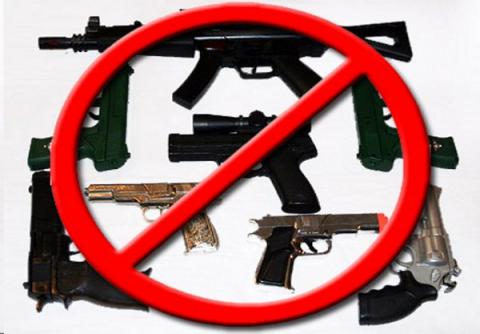 Stop saying they can never take your firearms, because they currently are…

The city defines assault weapons as “semi-automatic firearms designed with military features to allow rapid spray firing for the quick and efficient killing of humans.”

Included in the definition are “all semiautomatic action rifles with a detachable magazine with a capacity of twenty-one or more rounds,” as well as “semiautomatic shotguns with a folding stock or a magazine capacity of more than six rounds or both.”

Those possessing “assault weapons” already can keep them under the law, but owning bump stocks and high-capacity magazines will be become illegal in July. Certain law enforcement and military personnel are exempted from the ordinance.

#BoulderCouncil agrees to adopt Ordinance 8245 on consent, adding additional firearm regulations. At a later date, council will consider amendments to the ordinance on consent. Council is now discussing other Consent Agenda items.

The law requires people who own magazines that hold 10 or more rounds or bump stocks to dispose of them or sell them by July 15. People who already own assault weapons will be able to keep them but must get a certificate proving prior ownership.

Councilwoman Mirabai Nagel said she struggled mightily before deciding to vote in favor of the measure.

“I truly hope other communities will join Boulder, and that we will also see more of these bans at the state level and one day, at the federal level, so that these weapons will no longer be present in our society to the extent possible.” ~ Aaron Brocket Coucilman

“Assault weapons” will be grandfathered in; those in possession of such firearms have until the end of the year to receive a certificate proving prior ownership.

“Assault weapon” is an invented term. In the firearm lexicon, there is no such thing as an “assault weapon.”

The AR-15 is the most common example of what are sometimes called assault weapons. But what does this term actually mean?

AR stands for ARMALITE RIFLE WHICH IS THE COMPANY THAT MAKES THEM.

Prior to 1989, the term “assault weapon” did not exist in the lexicon of firearms. It is a political term, developed by anti-gun publicists to expand the category of “assault rifles.”

This is happening all over the United States now, States are overriding Federal Firearm Laws and creating their own that are against the 2nd Amendment.  make no mistake, the Democrats and Libs truly desire to abolish firearms in the United states and they are bypassing the Constitution and Bill of Rights and are currently winning the fight.

We need to stop pretending that they cannot take away our firearms and rights, because they are! Stand United and PUSH BACK!