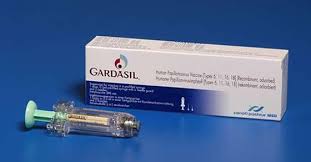 The Tarsell’s 21-year-old daughter Christina Richelle “died from an arrhythmia induced by an autoimmune response” to Gardasil, an HPV vaccine that she received only days before her death. Her family undertook a long and drawn out battle with the government over her death, only for every parents’ worst fears to be confirmed.

The Tarsell family fought against the United States government eight long years to validate a medical burden of proof that the Gardasil vaccine (often declared the “cervical cancer vaccine”) killed their daughter.  Richelle died just days after receiving the vaccine. Will this vaccine kill everyone? Absolutely not. But the government should not be hiding the risks, which obviously include death, especially when demanding by law this vaccine be administered.

The final ruling has been confirmed by the Department of Health and Human Services: Merck’s Gardasil vaccine causes autoimmune problems that cause sudden debilitation and/or death. If the young girl had been gunned down by a madman with an AR-15, then there’d be national headlines and a march on Washington. Since this young woman was “shot” to death by a vaccine, the whole story gets swept under the rug. -Natural News

Hopefully, with the help of other websites such as Natural News, awareness about the side effects of vaccines, which include death, should be made public.  Although the mainstream media cannot be bothered to report on the failure of vaccines, it is important that all the information be made available before having anything injected into yourself or your children.

The Gardasil vaccine is responsible for ending the lives of 271 young women to date, according to over 57,520 adverse event reports obtained from the Vaccine Adverse Events Reporting System. As stated by Natural News, if 271 young people died in a school shooting, the news coverage would be nonstop in support of gun bans. How about a ban on Gardasil – a real modern day assault weapon?

The Tarsell’s case was initially taken up by the Vaccine Court, which is a payout system most have never even heard about. It was set up by the United States government to compensate families for vaccine damage. Vaccine makers pay an excise tax into this system for every vaccine they sell. This money (cost of doing business) is used to pay out damages to select families who can medically prove they were damaged by a vaccine. This system protects vaccine makers from being sued in a true court of law, ensuring that vaccines will continue to be manufactured for the “good of all.”