After Demanding Rights Violations, Parkland Students Upset At Violations Of Their Rights 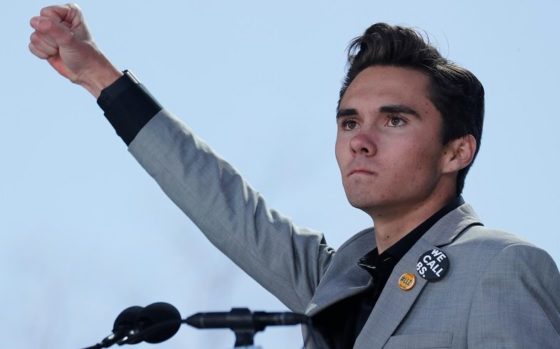 According to The Hill, a Marjory Stoneman Douglas High School student said the increased security measures her school is taking in the wake of February’s mass shooting will make going back to school following spring break even more difficult.

“It feels like being punished … It feels like jail, being checked every time we go to school,” said Isabelle Robinson, a senior at the Parkland, Florida high school. Failing to grasp the hypocrisy in their actions after demanding the government violates their rights and the rights of others who are completely innocent of the mass shooting, the students are now massively offended that they’ve had their rights violated.

“This is incredible. Hogg apparently now objects to giving up rights or privileges for safety, but only those rights and/or privileges that he personally cares about.”

This is incredible. Hogg apparently now objects to giving up rights or privileges for safety, but only those rights and/or privileges that he personally cares about. https://t.co/OdSh657ClP

“A lot of the people I’ve talked to are dreading going back,” Robinson told CNN. “I’m not happy with it. Why are you punishing me for one person’s actions?” Tyra Hemans, 19, a Stoneman senior, told CNN.

Earlier this month, millions of students across the country were encouraged by the government, mainstream media, and even their own school systems to walk out of class and demand the government take away their rights. It was, by no means, a challenge of authority and, in fact, it was a celebration of it.

The message was simple: we want this government to take our rights away.

Young Americans across the country marched to demand less freedom from their rulers and the mainstream media, celebrities, and politicians alike shoved this down our throats as some grassroots heroic political activism. However, it was the opposite, and now even the cheerleaders of this movement, David Hogg, Emma González, et. al., are beginning to realize what happens when you beg the state to take away your rights. They take away your rights –The Free Thought Project

When the Parkland students return this week to school after their spring break, they will be allowed only to carry clear backpacks on campus. In addition, students at the school will also be mandated to wear identification badges while in the school, according to a letter sent to families last month by Superintendent Robert Runcie. Florida Governor Rick Scott is also adding additional law enforcement officers to the school and the district is “exploring options for consolidating points of entry for students and staff to include utilizing metal-detecting wands and potentially installing permanent metal detectors.” 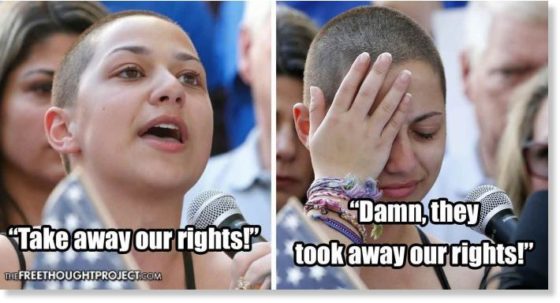 Since the shooting, students have become vocal advocates for gun control, demanding that lawmakers pass new gun laws and violate the rights of innocents to prevent future shootings. Now they’ve had their rights violated by the government and they don’t seem to like it very much.

Maybe now these students may grasp how it feels to have their most basic fundamental human rights violated because someone else committed an atrocity. Perhaps this will the wake-up call needed, however, we wouldn’t count on it. Hypocrisy runs deep and when it comes to the violation of rights, most Americans just don’t care until it happens to them.

BREAKING: President Trump Is PISSED After Oprah And George Clooney Come Up With Plan To IMPEACH Him

BREAKING News Out Of Colorado!!! BOOM!

EXPOSED: Was David Hogg Really GONE From School The Day Of The Shooting?