AZ Lawmaker: ‘We Might Need To Build A Wall Between California And Arizona’ 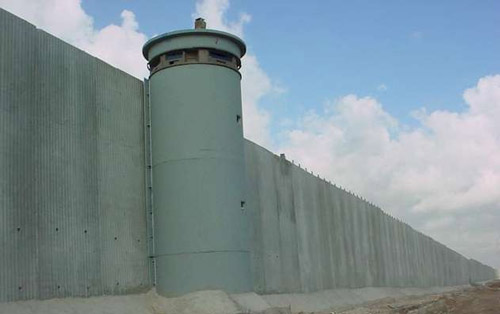 By Mac Slavo at SHTFplan.com-

It sure doesn’t seem like Arizona approves of California’s sanctuary cities and one GOP Lawmaker hammered that point home. Marth McSally, in what was likely a tongue in cheek moment, proposed building a wall around California to protect the state of Arizona from their neighbor’s disastrous policies.

McSally announced her bid for Senate to replace Senator Jeff Flake (R) earlier this year. Flake is retiring at the end of this Congress. Other candidates in the primary include former Maricopa County, Arizona, Sheriff Joe Arpaio and former state Senator Kelli Ward (R).

When first hearing her quote, one could assume she wanted Arizona protected from those feeling the housing crisis and high taxation in California.  But  McSally, a congresswoman representing Arizona was referring to the “dangers of the southern border” and the sanctuary cities that California has allowed to infect the Golden State. Sanctuary cities are municipalities that do not cooperate with federal immigration enforcement.

“As we look in Arizona, we often look into the dangers of the southern border,” McSally said during a round-table discussion about “sanctuary cities” Tuesday at the White House. “But if these dangerous policies continue out of California, we might need to build a wall between California and Arizona as well to keep these dangerous criminals out of our state,” she said, smiling, and perhaps a little sarcastically.

She added that California can’t just “provide sanctuary for these criminals and think that it’s only impacting California dangerously.” McSally’s comments come on the heels of the announcement that the federal government is suing the state of California (state government) for failing to enforce their laws.

The Trump administration’s “America First” policy is a thorn in the side of many states that use illegal immigrants as votes to elect far-left Communists.

California’s governor, Jerry Brown (D), was upset that he has to follow others’ rules while making California almost unbearable with the number of rules, laws, and regulations he demands the residents of the Golden State adhere to, Brown became the offended hypocrite everyone knew he was in the wake of the federal lawsuit over sanctuary cities.  Try not to choke on California’s hypocrisy.  Never forget that the state (and Democrats in general) loves laws, just not the laws of others.

“You called this an act of war from the federal government,” a reporter began asking Brown. Brown immediately looked confused. “An act of war? That’s pretty strong. But I reciprocate that comment,” Brown responded.

HELL YEAH! BUILD THAT WALL BUT LET ME SELL MY HOUSE IN CALI AND MOVE TO ARIZONA FIRST!

BREAKING News Out Of California… NOT GOOD